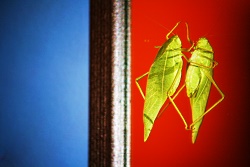 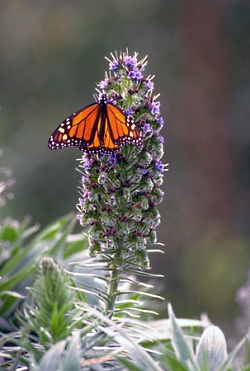 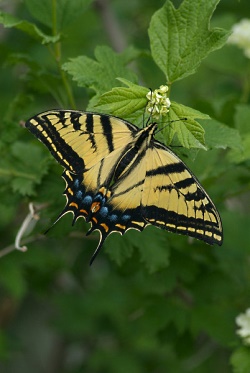 Insects are the most diverse class of organisms on earth, with more than 900 thousand known species. With that many different kinds of bugs, it’s no wonder that they take on such a vast array of shapes, sizes, and colors. From Luna moths to fruit flies to millipedes, the diversity of this class of life is immense. Some insects have developed a shape and coloring so deliberate that it’s almost astounding. These insects are mimics – bred to look like something they aren’t, in an attempt to get a leg up on the survival game.

Insects can mimic all kind of things – stick bugs, for example, make such convincing twigs that you’ll never know they’re around until they move. Katydids look just like bright green leaves, and there are some species of caterpillar that in their youngest stages look just like splatters of bird droppings. But the mimics that I find most interesting are those who mimic other insects.

There are two main types of insect-to-insect mimicry. Batesian mimicry occurs when one harmless species mimics another dangerous one. Species that look like something fierce can capitalize on that insect’s dangerous reputation and potentially be safer from predators because of it. A common Utah pest, the peach tree borer, is a moth that very closely resembles a wasp in both its morphology and behavior. Harmless, nectar-eating hoverflies exhibit the black and yellow body stripes of a bee. Apparently, it’s not just humans who want to stay away from the business end of a wasp or a bee – many insect predators, too, give them a wide berth.

Ants also have a fierce reputation in the animal world, and so attract a lot of mimics. A number of spider species not only mimic ants in morphology and behavior, but some also give off ant pheromones, making them smell like friend rather than foe. While many ant-mimicking spiders go undercover as a way to hide from their own predators, some do use their disguise as a way to access the nest of their prey.

Batesian mimicry is a delicate balance. Predators need to catch a wasp or two before they associate that color pattern with dangerous prey. If there are too many tasty mimics around, the predators will stop associating black and yellow stripes with a dangerous object and the mimic’s ploy would fail to work.

A slight variation on Batesian mimicry are insects with false faces and false eyes. Tiger swallowtails – those large yellow and black butterflies – have red and blue spots on each of their hind wings at a place farthest from their body. These spots, combined with the skinny black ‘tails’ from which the species gets its common name, are meant to look like the eyes and antennae of another, possibly larger and more fierce, insect. This imagery is meant to frighten off predators, but also in the case of an attack, to spare the most important part of the butterfly’s body.

The second, less common, form of insect-to-insect mimicry is called Müllerian mimicry. This occurs when two equally distasteful insects come to resemble one another. Most of us are familiar with the monarch butterfly. As caterpillars, they feed exclusively on toxic milkweed. The caterpillars take the toxins into their bodies and retain them as adults, making them not only bad-tasting but also poisonous. Predators have learned to associate that distinct orange and black wing pattern with a bad experience, and therefore leave them alone. Viceroy butterflies look incredibly similar to monarchs – the only difference being an extra line of black on the hindwings of a viceroy. While once thought to be Batesian mimics, recent studies have shown that viceroys are equally unpalatable. Their similarity in looks to monarchs, then, serves to reinforce the distasteful nature of both species.

Mimicry is of course, not restricted to the insect kingdom. Some plants have gotten into the mimicry business in order to trick insects. The hammer orchid, which grows in Australia, has a flower that mimics a female bee. Male bees, in mistakenly trying to mate with the flower, collect pollen that they then carry with them to the next, ensuring pollination of this sneaky plant. So this ingenious tactic some insects use to gain a leg up in the game of survival can also be used against them to the advantage of others. Isn’t life amazing…

For more information and photos of some insect mimics, visit our website at www.wildaboututah.org. For the Stokes Nature Center and Wild About Utah, this is Andrea Liberatore.

Many thanks to Don Viers for his input on this piece.

Photos: Courtesy and copyright as marked