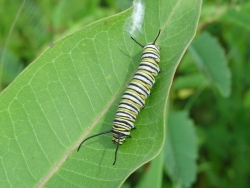 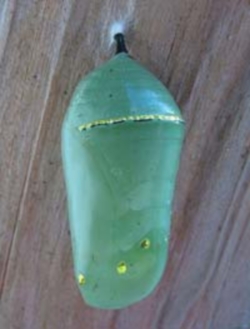 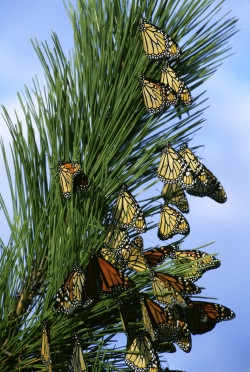 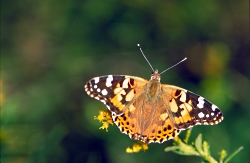 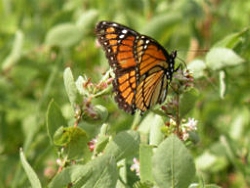 Rivaling flowers and tropical fish in their beauty, butterflies or lepidopterans, have been icons of peace and reverence for millennia. There are eight different families to which butterflies belong- at least 250 species of which are found in Utah.

Fortunately, these beauties have been inherently resilient. This resiliency comes from a host of survival strategies. Loss of habitat, misuse of Insecticides, and climate change are the primary threats to their future.

It was from early elementary school that I learned of their amazingly complex metamorphosis, commonly used as a metaphor for a transformative experience by many- merging from a destructive plant eating caterpillar to an adult plant propagating pollinator.

Two of the most celebrated butterflies are the migrating Monarchs and Painted Ladies. Their extraordinary journey involves many generations that fly unerringly to distant destinations.​
On to some remarkable survival strategies.

In order to protect themselves, many butterfly species have wing coloration and patterns for camouflage and mimicry- large eye spots which frighten predators away or mimic their host plants. Often, their caterpillars do so as well.

In Utah, there are several species of butterflies from the Gossamer-wings family whose caterpillars have a unique relationship with ants. These caterpillars secrete a liquid containing sugars and amino acids which help sustain the ants. In turn, the ants tend the caterpillars protecting them from any would-be predators similar to their relationship with aphids. A study found that “Ant-tended larvae were 4 to 12 times more likely to survive to pupation than an otherwise similar group of untended larvae.”)

Most butterfly females lay around 300 eggs in their brief existence. The few that survive inclimate weather, predation, parasitism, genetic defect, crop spraying, etc., will provide enough offspring to support adults for the next generation. If butterflies didn’t have natural enemies such as spiders, birds, earwigs, wasps, etc. to keep their population numbers in check, natural systems would soon be overwhelmed.

Most butterflies have a season–usually in the winter–where they hibernate or diapause until spring. They are tightly associated with their larval hostplants. One of the remarkable butterflies of Utah’s Mojave Desert is the Pima orange tip. Their pupae are both photoperiod sensitive and moisture sensitive. If the Mojave Desert does not get sufficient moisture somewhere in the window of time between ~January 1 and ~February 15, none of the three known hostplants of this butterfly will not germinate in sufficient numbers.

If their chrysalis doesn’t sense sufficient humidity, it will extend its diapause another year and repeat its cycle of critically analyzing humidity during the same time frame as it did a year before. In the lab, pupae of the Pima orange-tip have been known to survive up to 11 years before emerging because these critical parameters were not met.

The next time you go birding, include these wined beauties in you binocular’s view!

This is Jack Greene reading for “Wild About Utah”